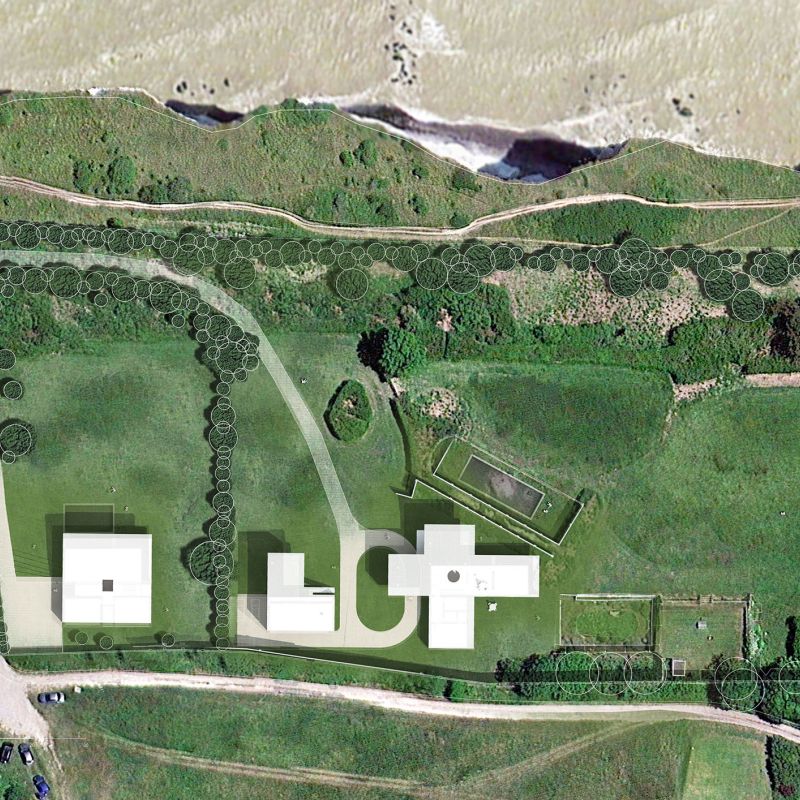 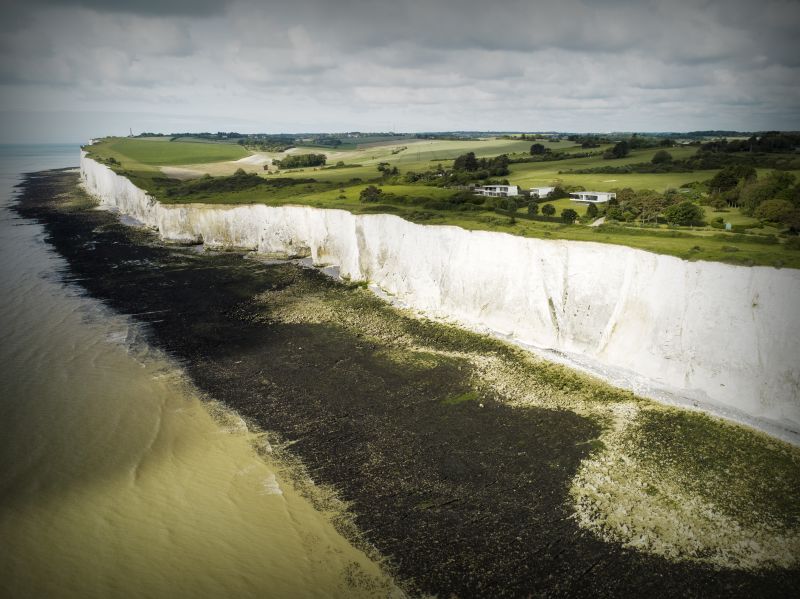 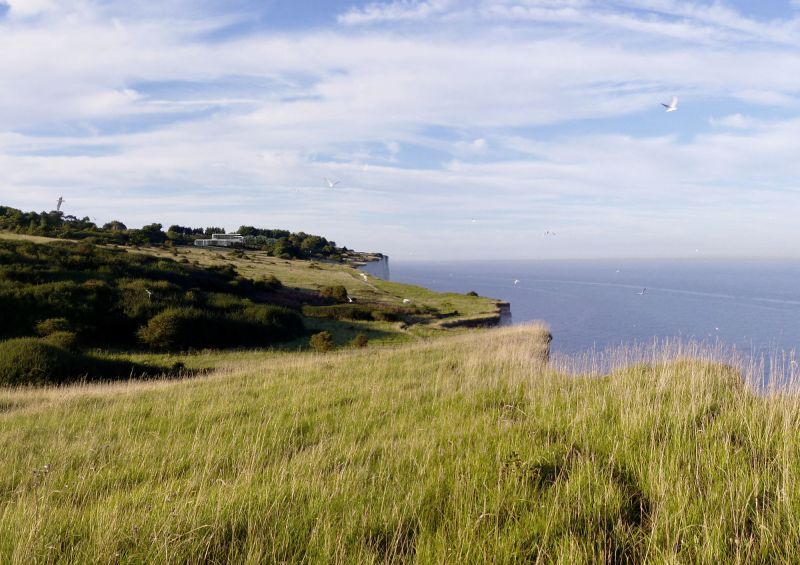 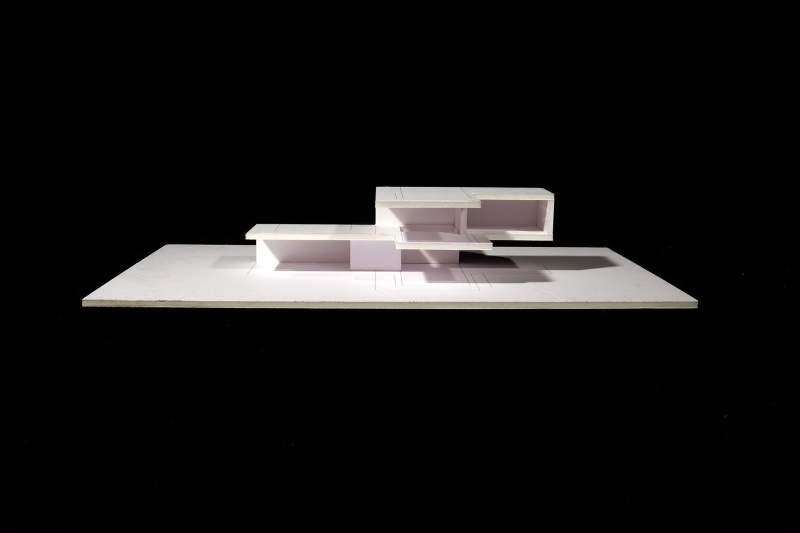 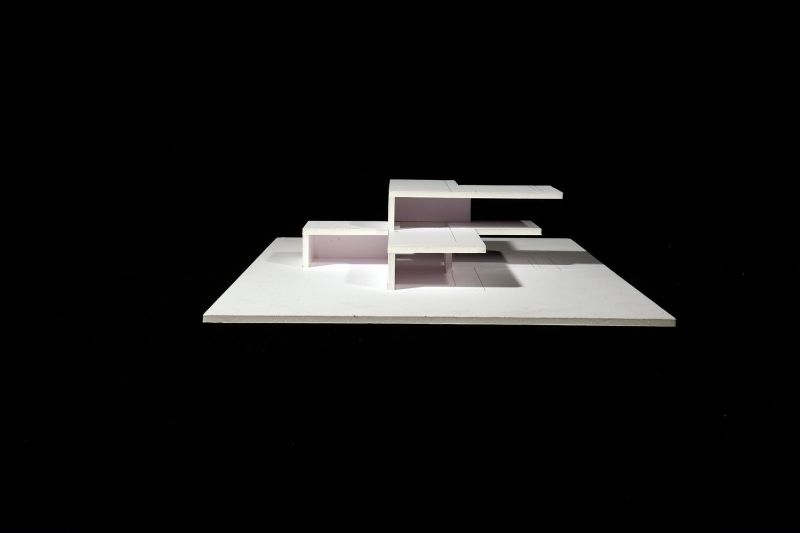 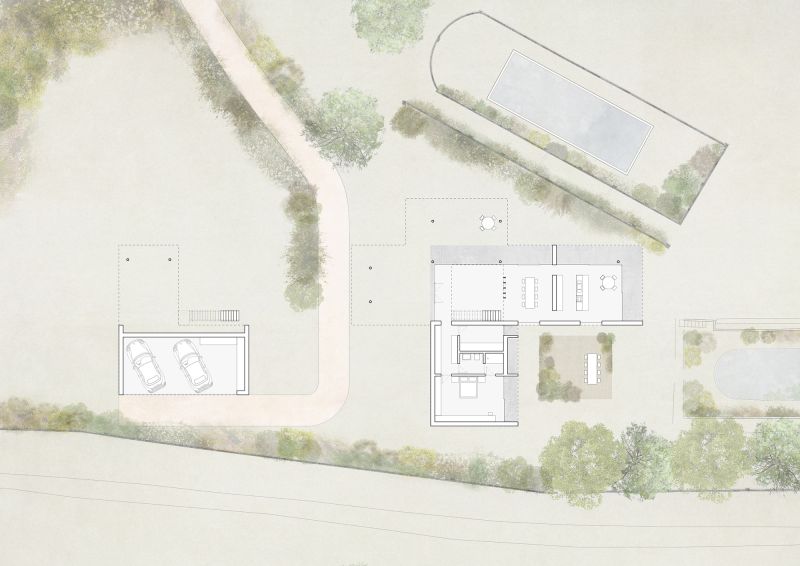 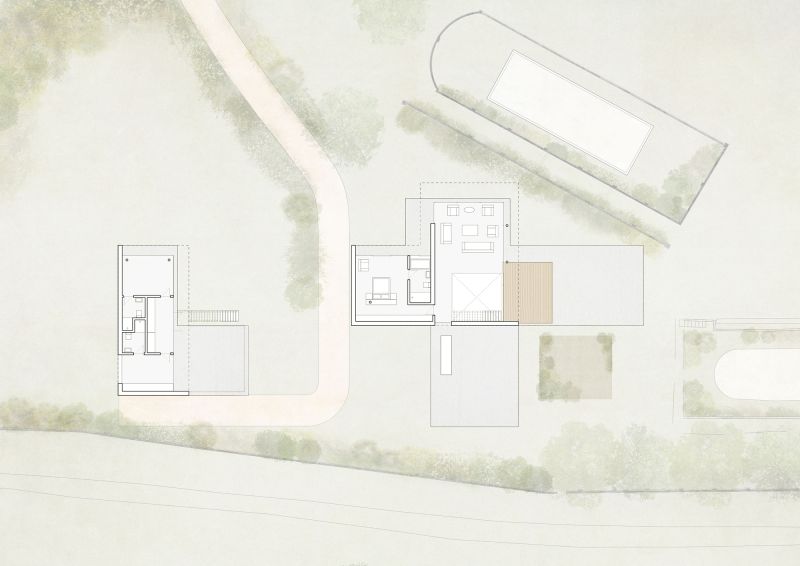 Hope Bay is located on the White Cliffs, a few miles north of Dover. The site measures 14 acres and includes 800m of cliff edge, running approximately north / south. The scheme replaces an existing 1930s bungalow with a 240m² house and separate garage block. Planning Approval was also secured for a second house at the north end of the site.

The form is generated by two L shapes superimposed to create a cross. The volumes are then opened up according to their orientation to sunlight, the views and the prevailing winds. Large glazed bays are formed to the south and east, with overhangs acting as solar control in summer yet permitting solar gain in winter. To the west and north, the volumes remain closed.