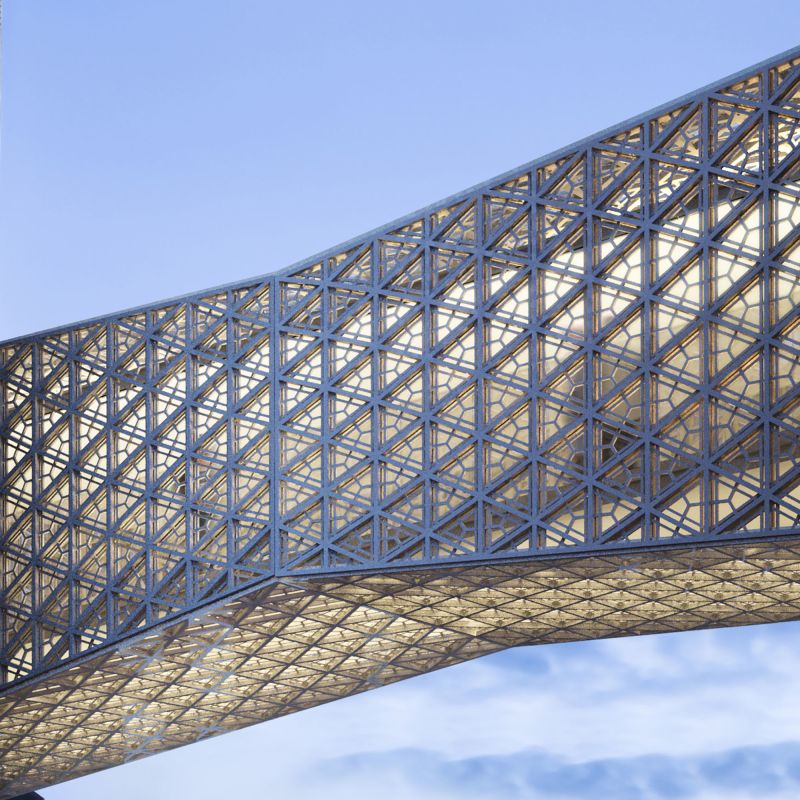 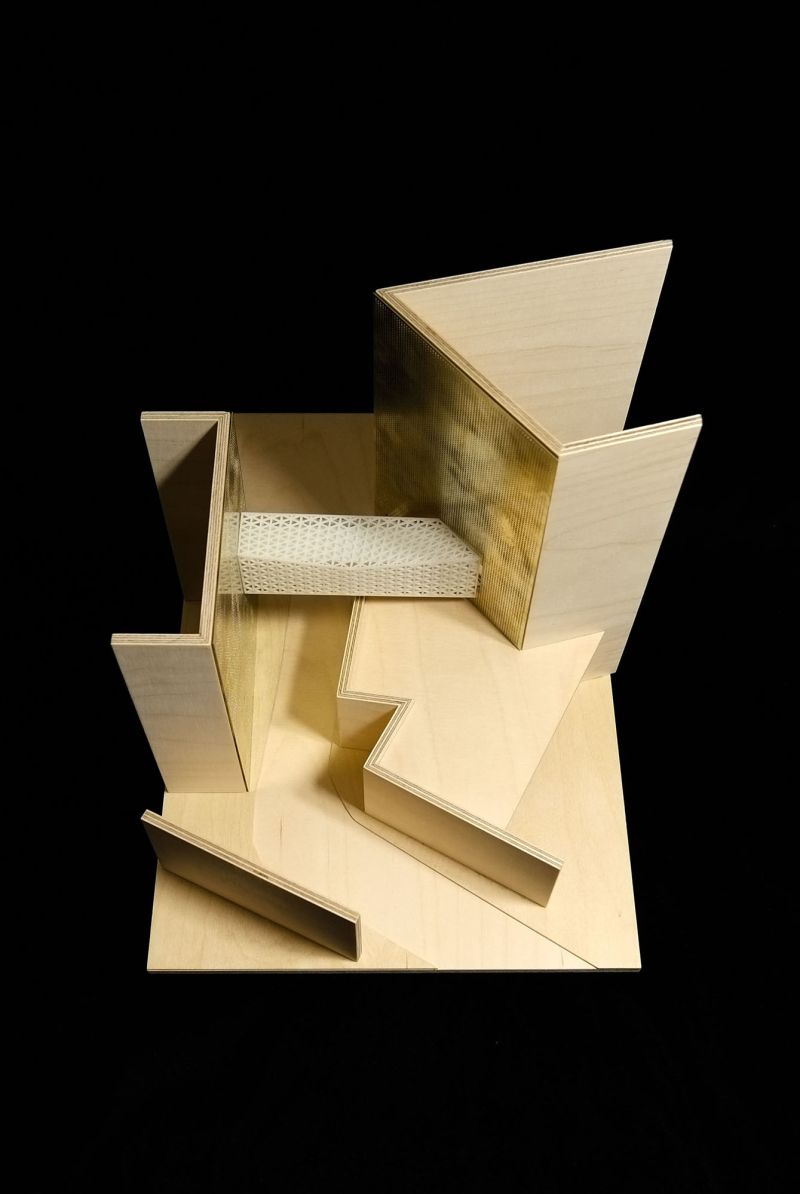 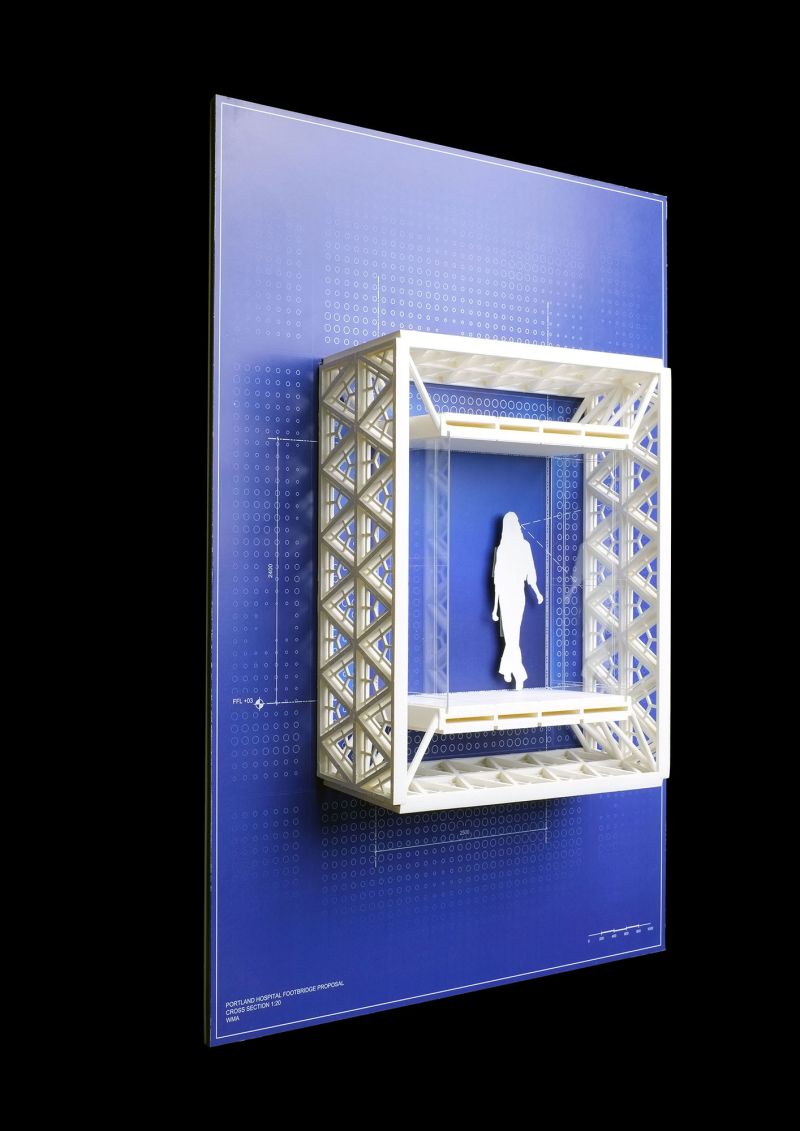 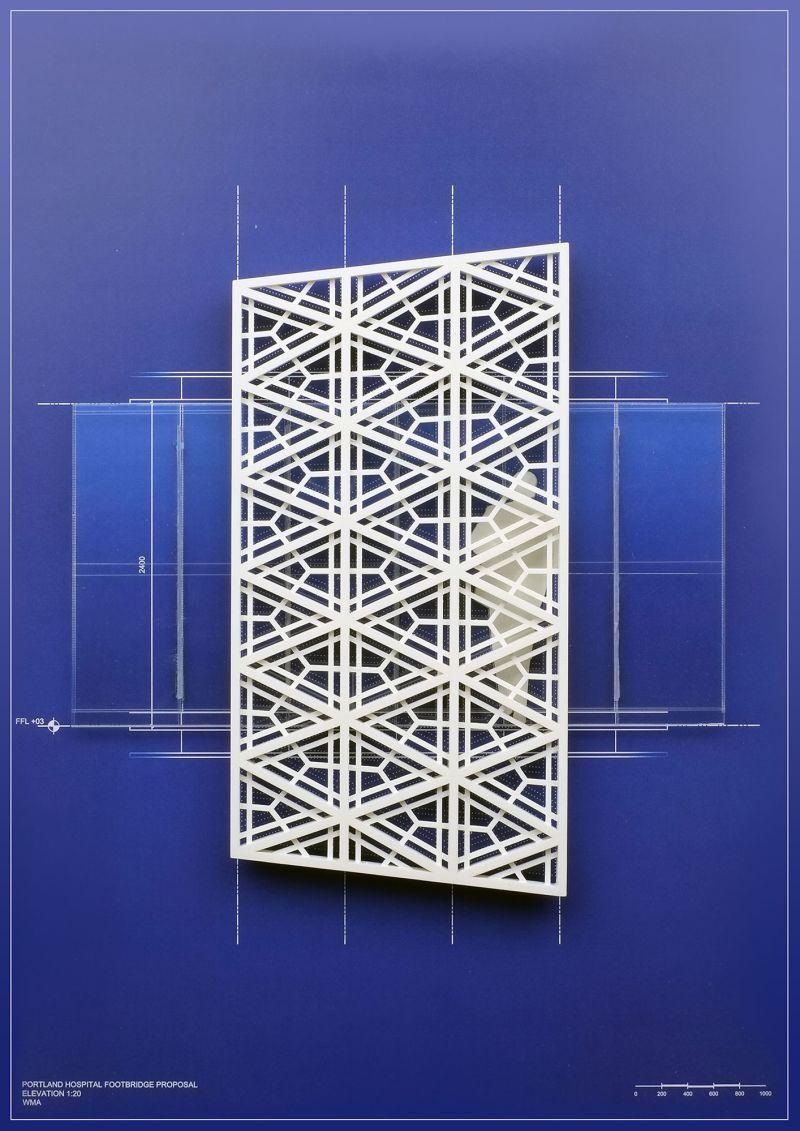 This footbridge proposal links two buildings for the Portland Street Hospital in central London. The aim was to create not just a bridge but an urban sculpture which would delight passers-by.

The form is a rectangular tube which is twisted and folded according to the context. This exoskeleton forms the structure and is inspired by 19th century lattice bridges. Within the exoskeleton the glazed walkway is suspended and held away from the sides which also act as privacy / solar control screens.