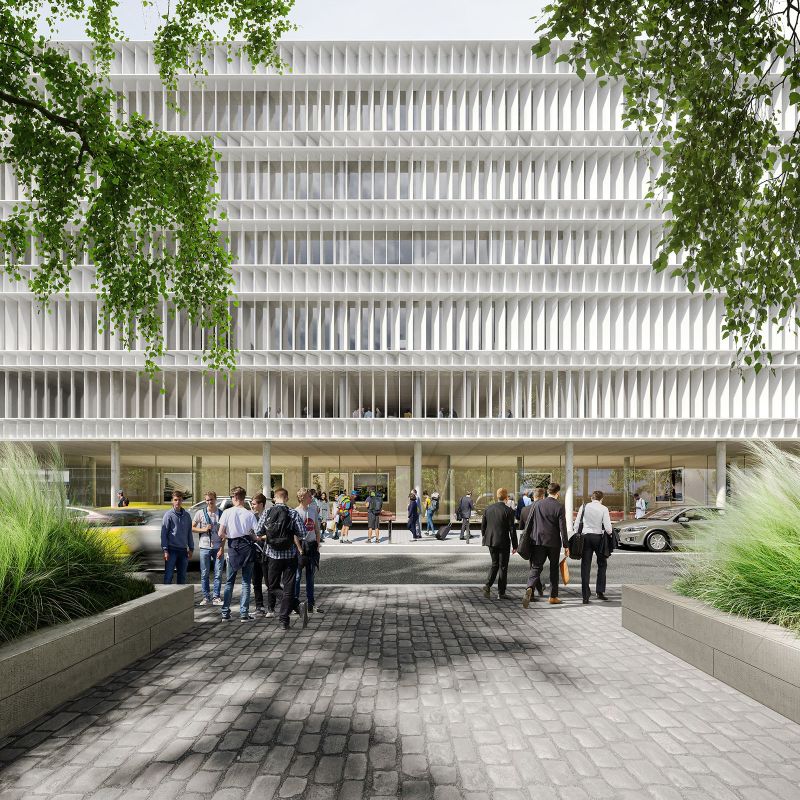 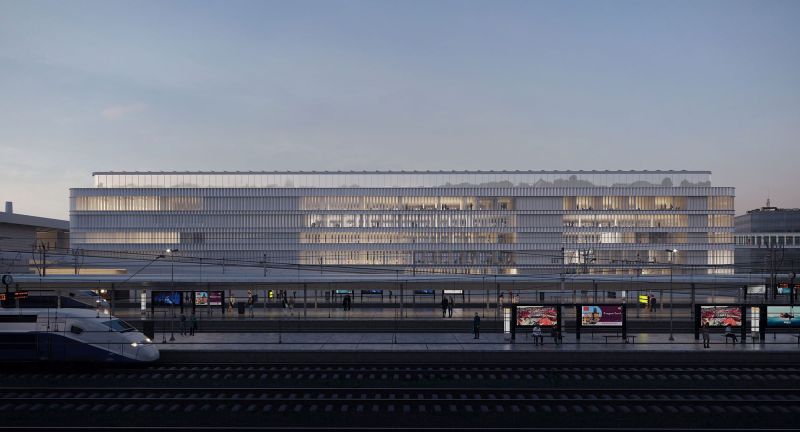 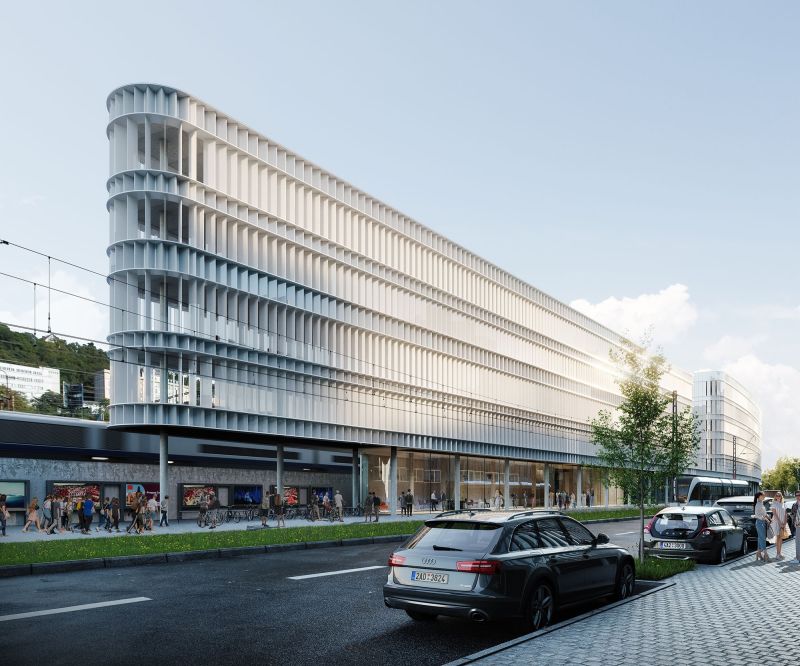 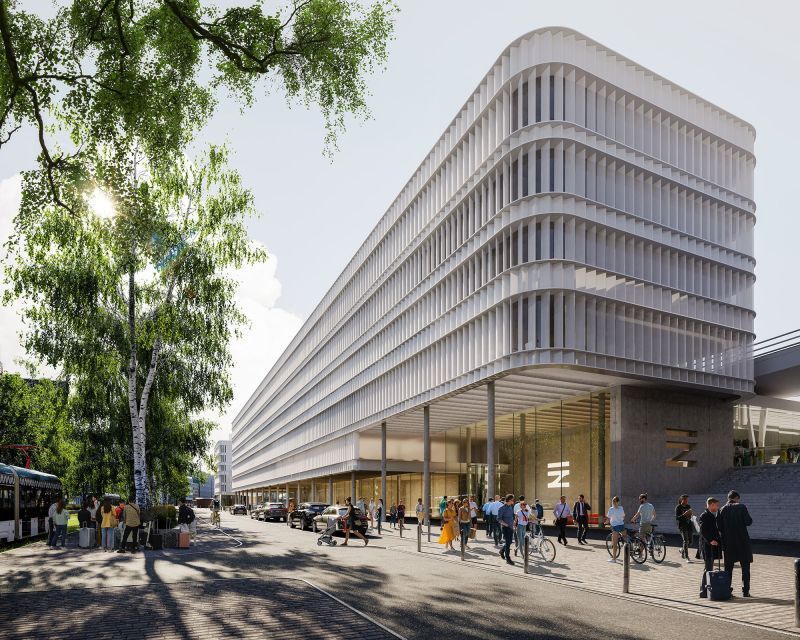 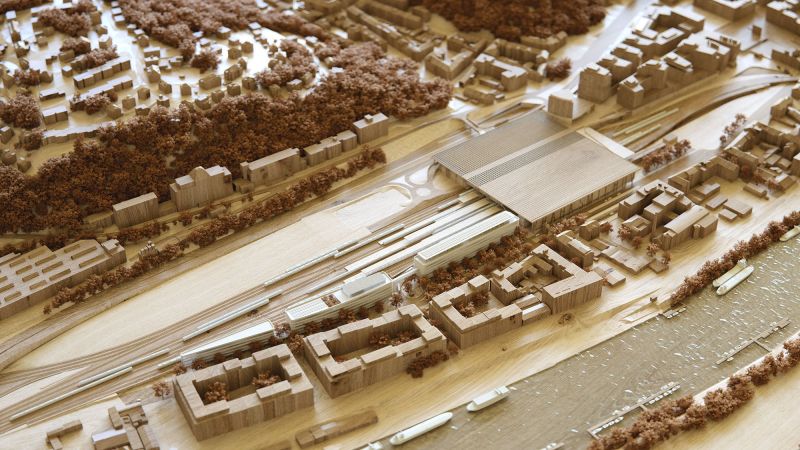 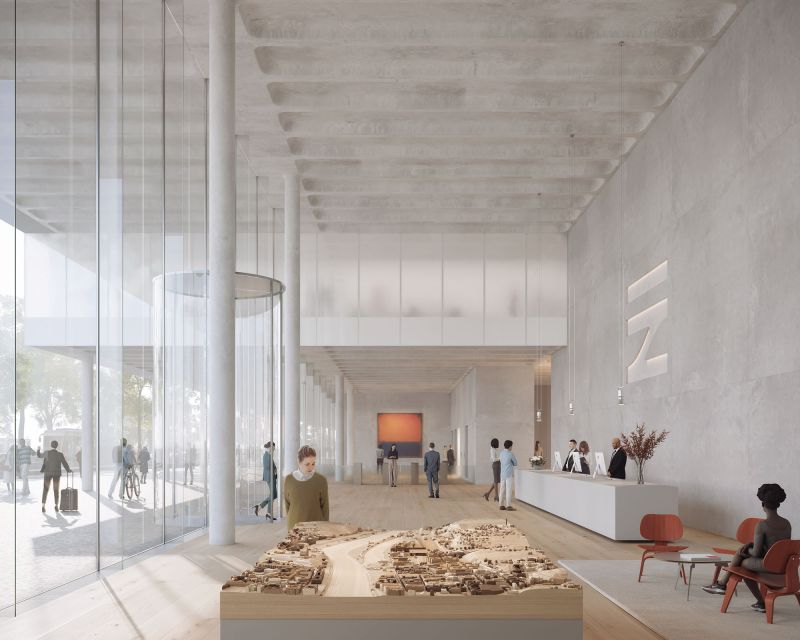 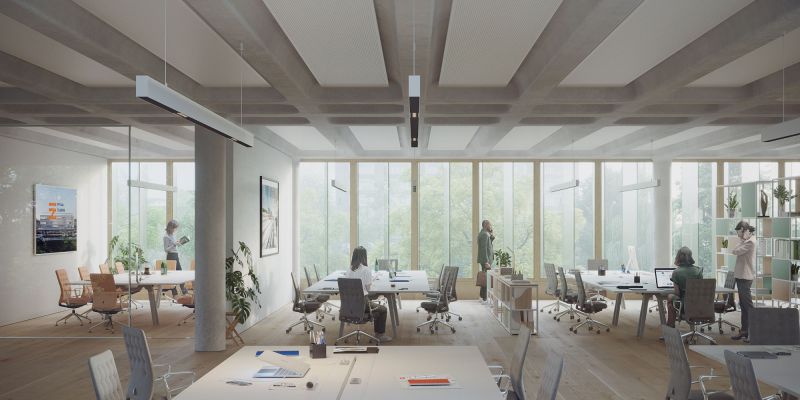 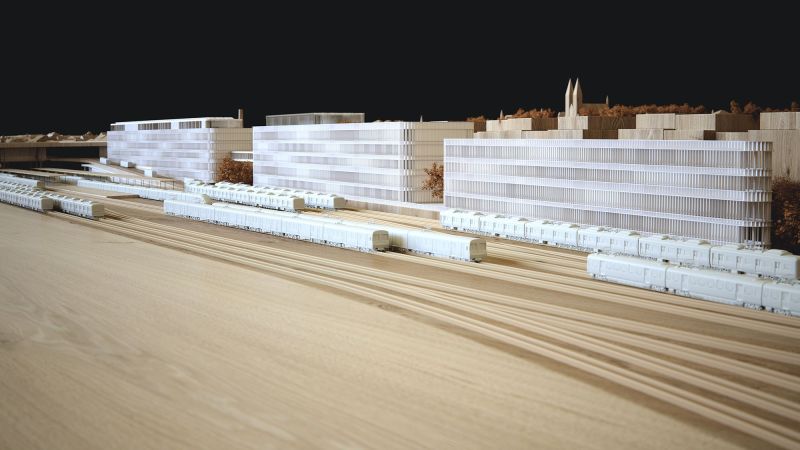 In April 2021 WMA won an open international competition for the new headquarters for Správa železnic, the Czech National Railway company, in central Prague. Our design attempts to capture the spirit of the organisation and its aspirations: a complex but innovative company managing a comprehensive nationwide transport system in the 21st century.

The 44,000m2 development is divided into three distinct above-ground buildings linked with two storeys of underground car parks. The two larger northern buildings consolidate the Správa železnic’s disparate departments, streamlining the functional and operational objectives and creating an integrated working environment that focuses on collaboration, efficiency, productivity, and wellbeing. The smaller northern building is an autonomous office building that can contribute to the organisation’s real estate income or act as future expansion space.

The buildings increase in size from south to north transitioning between the smaller scale of Zlíchov and the more urban scale of Smíchov. This change in height from buildings also reflects the relative importance of the functions, with the Directorate Building the largest in the hierarchy and closest to the station and the Director General’s section in the pre-eminent position at the top. Although the buildings are separated, the street façades form a continuous sweeping line along their entire length giving the impression of a single entity serving to visually unify the entire organisation.

The façade is composed of vertical glass fritted panels around the entire perimeter of every floor helping to counteract the sun’s heat in summer and reducing the energy consumption of the building. The fins are set at different angles with a gentle open and closed rhythm that suggests movement along the facades – evocative of the passing of a train. As the panels are all angled to protect the façade from south-east and south-west sun, the building has a very different look depending on the view. This will be particularly notable for train and tram passengers travelling to or from Prague as they will experience distinctive conditions in each direction.

The concrete frame has reduced spans and coffered slabs, maximising efficiency and reducing embodied carbon. The frame is left exposed, both as an architectural feature and in order to benefit from the thermal mass. The facade includes opening windows for natural ventilation and night time cooling.